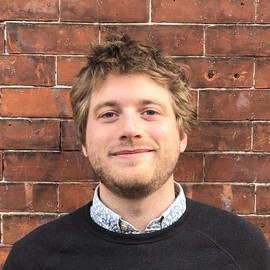 I’m a PhD candidate in sociology at The Ohio State University and research associate at the John Glenn College of Public Affairs. My research focuses on the causes and consequences of rising economic inequality and insecurity for individuals, families, and communities. Much of my work work brings a political economy, demographic, and/or spatial lens to research on inequality, poverty, and mobility. I’m especially interested in how inequalities accumulate over the life course and across different market contexts, as well as the potential for social institutions and social policies to ameliorate them. You can learn more about my current research projects below.

I’m a member of Debt Lab , a collaborative research group housed in The Ohio State University’s department of sociology that studies credit, debt, inequality, and insecurity.

Prior to arriving at Ohio State, I received BAs in sociology and economics from Hobart and William Smith Colleges.

During the early 2000s rates of college enrollment and completion rose for young adults from rural backgrounds at the same time that rising college costs and stagnating family incomes increased rates of student loan borrowing. Recently published in Rural Sociology , this paper examines geographic disparities in student debt accumulation among a recent national cohort of US college-goers from rural, suburban, and urban backgrounds. The article received the 2019-2020 Olaf Larson Graduate Student Paper Award from the Rural Sociological Society and was covered by The Rural Review and The Daily Yonder .

Older Americans represent an increasing share of the nation’s poor and racial-ethnic inequality in later life poverty is persistent. While lack of employment is often cited as a structural source of racial-ethnic poverty inequalities, surprisingly little is known about the role of employment quality in maintaining racial-ethnic poverty gaps. Drawing on theories of structural racism and life course cumulative disadvantage, Lora Phillips and I use Health and Retirement Study data to decompose the proportion of the Black-White and Latinx-White poverty gaps among older adults that can be attributed to inequalities in employment quality across multiple dimensions.

Labor unions reduce labor market inequality by increasing wages, compressing the wage distribution, stabilizing working hours, and offering more comprehensive and generous benefits. Less is known about whether and how unions influence workers’ financial security beyond the labor market, as reflected in wealth and debt. Using data from a cohort of young workers who came of age during a historical period of high inequality and insecurity, low unionization, and the deregulation of consumer credit markets, Rachel Dwyer and I are investigating how union coverage influences the types of debts held by workers around age 30.

Housing Wealth, Debt, and Health and Well-Being among Older Homeowners

Many older Americans partially self-insure against the risks of older age by accumulating assets, the most significant for many being home equity. A series of projects co-authored with Stephanie Moulton, Donald Haurin, Cäzilia Loibl, and colleagues investigate how housing wealth and mortgage debt influence the health and well-being of older adult homeowners. We find that access to credit in the form of mortgage borrowing is a key mechanism linking housing wealth to economic security and better health. A paper from this project was recently published in Social Science & Medicine .